Google is updating its search to demote fake news 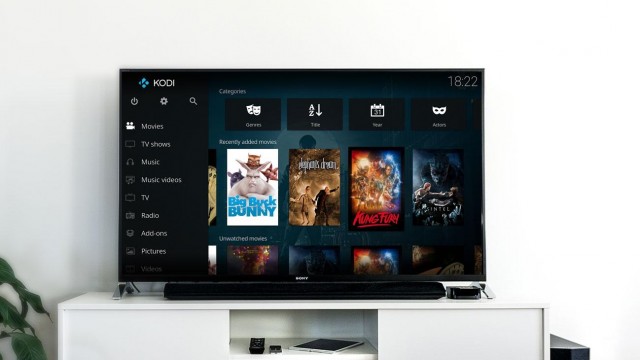 Kodi is the open-source network streaming software that sits in a very grey legal area. As Kodi’s reputation has grown, that grey area has become more troublesome and, as the likes of Amazon and Netflix refuse to work with Kodi as a company, its developers are now dedicated to cleaning up its image.

Immediately banning all the extensions that promote illegal activity would be bad for business. Not only would it go against the open-source ideals of Kodi, but it would also severely reduce the number of people using Kodi’s software. Instead, Kodi is going after anyone who uses the Kodi name to promote illegal or questionable content or products.

First in the firing line are the “fully loaded” set-top boxes using the Kodi trademark without permission. Working with law-enforcement agencies and rights holders, Kodi is targeting those manufacturing, importing, selling and re-selling these illegal Kodi-branded devices.

So far several UK sellers have already been arrested for breaching the Copyright, Designs and Patent Act. Some have been fined while others have been given prison sentences. This has been an ongoing project for the past year or so, but now Kodi has focused its drive to crack down on illegal activity.

Speaking to TorrentFreak last year, Kodi product manager Nathan Betzen explained that “if you are selling a box on your website designed to trick users into thinking broken add-ons come from us and work perfectly, so you can make a buck, we’re going to do everything we can to stop you.”

The XBMC Foundation, the organisation that creates and runs Kodi, is also targeting YouTube users who claim to be Kodi experts or offer Kodi advice without permission to use the trademark.

In a bid to regain trust from content publishers, XBMC also plans to implement “low-level” digital rights management into Kodi. Adding in DRM will be seen by many as an unpopular move, effectively limiting Kodi’s potential. XBMC Foundation believes it has a way around such concerns, however, thanks to how it plans to integrate DRM into Kodi’s playback systems.

Instead of building DRM into Kodi, XBMC intends to create an interface layer between Kodi and existing software in Android and Chrome that’s capable of handling DRM. This would mean that Kodi remains lightweight and flexible, while content providers can make the most of protected services on the platform without regular users encountering issues with their existing Kodi use.

This DRM integration sounds like a bit of a half-hearted measure. It will generate ire from Kodi fans without actually solving the piracy issues that unverified extensions bring to the platform and Kodi name. If XBMC really wanted to sort the issue around illegal content streaming on Kodi, it would kill third-party add-ons and promote legal streaming. Of course, that would go against its open-source and open-net sensibilities, but someone’s got to pay the bills eventually.