Can AMD Outrun Intel Once Again This Year? 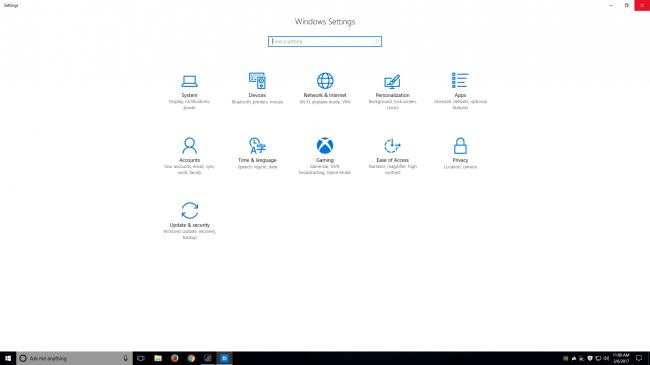 Microsoft's Xbox app has some functionality we really like integrated into it. Built-in gameplay capture? Cool. Game Mode? Has potential. Streaming from an Xbox One console? Surprisingly decent! But as we've complained before, none of these things are front and center, instead hidden behind social updates and ads for other games. So I was pleased to discover in a demo with Microsoft last week that the upcoming Creators Update for Windows 10 will move the settings for those games out of the Xbox app. Soon, they'll live in the same Settings menu as everything else in Windows 10.

"Before this gaming section in settings, we had parts of user-level and system-level settings in disparate places," he said. "We've unified them here, and this will become the beachhead against which future settings can be used by PC gamers. They'll just go here to do it."

This doesn't mean Microsoft is distancing these gaming settings from 'Xbox' being its general term for gaming across console and PC, though. As you can see in the screenshot of the new settings menu above, even without the Xbox app holding these settings, the branding is still there.

"We want there to be a unified destination, so a lot of the settings things we do in other places we want to unify here," Orullian said. "When you go in, today you've got Game Bar and game DVR. A couple of the new ones we're adding for the Creators update, which are new. And there are already things we're looking at for future inclusion here."

Check out the new menus below in screenshots that Maximum PC editor Jarred Walton captured from the latest "fast ring" build of Windows 10. The Creators Update which will include these changes, and many others (including better privacy controls) is scheduled for this April. 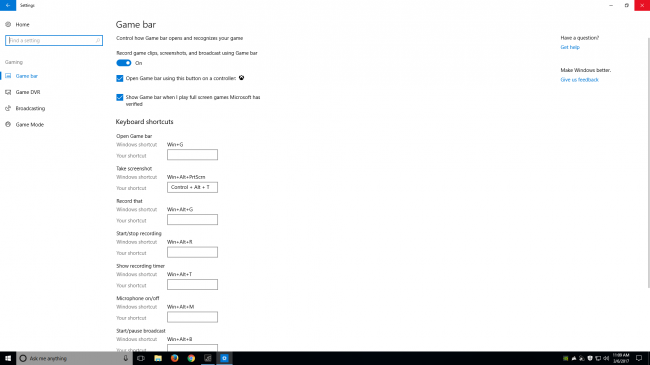 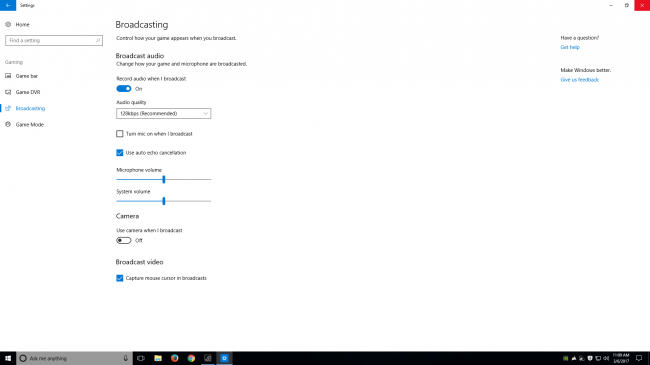 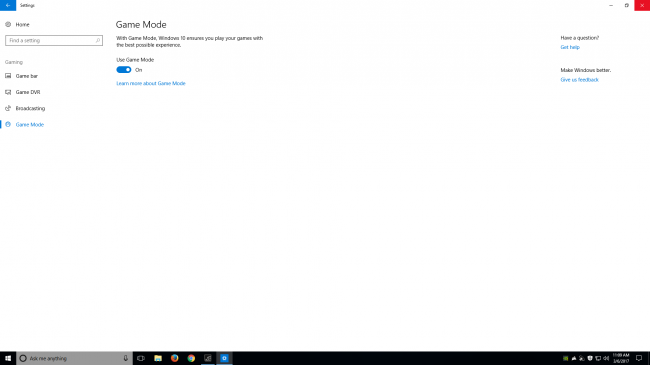 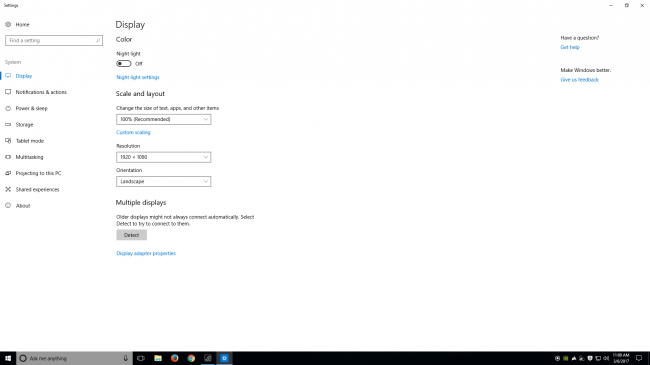